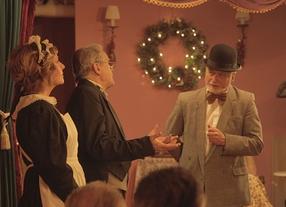 preview the first 10 pages of the script

"The Cat Screamed Murder" is a complete Theatrical Version of "The Cat Screamed at Midnight." It was performed as a fundraiser for Milwaukee Public Television at the Brumder Mansion in Milwaukee, Wisconsin by the Milwaukee Entertainment Group. The mansion itself provided the set for the production. This version of the mystery requires staging and rehearsal. The plot has been refined to accommodate a theatre setting. 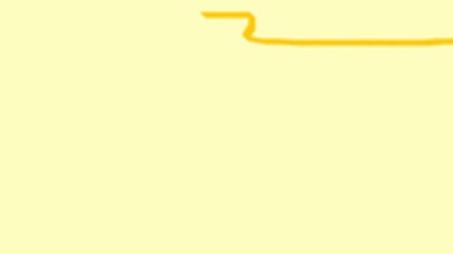 This is a delightfully fun mystery full of colorful characters and wonderful twists and turns. My guests had a great time mingling with characters and piecing things together to figure out "whodunit". Great fun! 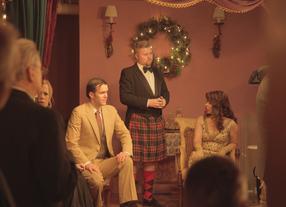 SIR HUGO SMYTHE ARMBRUSTER – The publisher of “The London Daily Truth,” a newspaper with a decidedly Royalist slant to its news and editorial content. Sir Hugo was knighted after the Great War of 1914-1918 for his reports about the war and for his contributions to the nation. He is a widower and a typical stuffed shirt “old boy” who believes in king and empire. He has one son, Albie, who is slated to inherit his estate. Sir Hugo is also a cat fancier and many breeds freely roam the grounds of the Armbruster estate. Lately, he’s examined the possibility of changing his will and leaving everything to the Royal Feline Society. Today is his 70th birthday. He is dressed in golf attire.

ALBIE ARMBRUSTER – Sir Hugo’s son and only (acknowledged) heir. He’s never been very close to his father, preferring fast cars and fast women to hard work. The chasm between father and son widened last year when Albie married Rebecca Garlick, an unsophisticated and rather crude East Ender. Sir Hugo regards Rebecca as a gold digger who only married Albie for his potential inheritance. Albie’s income results from knowing people who are able to “fix” races. He gambles and never loses because he knows the results before the races start. It would be an embarrassment to Sir Hugo if the authorities find out about Albie’s “profession.” He’s 30ish and is dressed in a suit or tuxedo.

REBECCA ARMBRUSTER – Albie’s wife and Sir Hugo’s daughter-in-law. Rebecca had humble beginnings on London’s East End, and decided that she would find a husband with “potential.” When she heard that Albie would inherit a huge estate, she wended her way into his heart and finagled a marriage to him after a wild day at the races and a wild night at a local inn. They were wed at a registrar’s office and, since then, she’s been taking stock of the Armbruster fortune. She’s heard rumors that Sir Hugo is in the process of changing his will and is adamant that Albie talk to his father about keeping the Armbruster assets within the family. She is in her mid-20s and is dressed in a garish evening gown with dangly jewelry.

GILES JENKINS – The butler and (due to a recent cutback in staff) Sir Hugo’s valet. Jenkins has been at the mansion for 20 years and knows all of the intrigues and drama surrounding Sir Hugo’s life. He has kept one thing secret about himself, though – his dear departed mother was a German who instilled in Jenkins a pride in his Teutonic heritage. Lately, Sir Hugo has been writing scathing articles and editorials about what’s happening in Nazi Germany and Jenkins is furious. He believes that a strong, new Germany is a good thing and resents Sir Hugo’s opposition to Hitler and the German state. He is in his 60s and dressed in a butler’s attire.

LILY FISH – The maid at the Armbruster Mansion. Lily has a history of service in Berkshire and was hired by Sir Hugo five years ago. She is responsible for keeping the mansion neat and clean – a task that she openly resents now that the domestic staff has been cut back. Lily breaks Sir Hugo’s “rules” without repercussion and constantly complains about the abundance of cat hair in the mansion. However, she has taken a shine to one of the cats. Harold, Sir Hugo’s white Manx, is her favorite. She regularly sneaks him out of Sir Hugo’s study and into the kitchen to feed him. She and Jenkins have forged a cordial, professional bond in order to keep the mansion running properly. She is in her 50s and dressed in a maid’s uniform.

MAUDE ADAMLY – A leading actress in theatrical productions on London’s West End. Until three months ago, she was Sir Hugo’s most-recent love interest, but the affair ended and (at least superficially) Maude was distraught. Unconfirmed rumors have it that she attempted suicide. She has just returned from a hiatus to resume her starring role in “The Lady Can Be Lethal,” a play that has received glowing reviews from theatre critics. She accepted the invitation to the party before she and Hugo split, and now she can’t wait to see his reaction to the special birthday gift she purchased for him. She is 50ish and dressed in a stylish evening gown.

SHEILA STANTON – An artist who has recently returned from Italy where she studied with masters in creating beautiful porcelain object d’art. Her father, Prescott Stanton, was Sir Hugo’s business partner and a co-founder of “The London Daily Truth.” Although she has no proof, Sheila is convinced that Sir Hugo used underhanded methods to divest her father of his stake in the newspaper and was responsible for his subsequent death. Grief stricken at the news, she left England and has only recently returned to market her porcelain and to confront Sir Hugo about his past. She is in her mid-30s and dressed in a long skirt and blouse.

ANGUS McZOGG – Editor of “The London Daily Truth” and Sir Hugo’s employee. Angus was raised in the Highlands and became a journalist to spread the truth and keep people informed about the true events of the day. He is a stickler on accuracy and won’t stop until the entire story is told. Lately, he’s been at odds with Sir Hugo because of the newspaper’s editorial policies. Many of the newspaper’s staff members believe that Sir Hugo is close to giving Angus his walking papers unless Angus alters his views about the Royal family. He is in his mid-50s and dressed in tweeds – or a kilt.

HUBERT KRUMM – Sir Hugo’s chauffeur. He was hired two years ago and had no previous experience as a driver. Even Hubert was surprised he obtained the coveted position. His mother, Molly Monahan, was a barmaid at a local pub, The King and Queen. She married one of the regulars, Cyrus Krumm, in a ceremony that people described as “quick and necessary.” Cyrus left the area for parts unknown when Hubert was six years old and hasn’t been seen since. Molly died when Hubert was a teenager. Patrons often remarked that Hubert looked nothing like Cyrus. He is in his late 20s and dressed in a chauffeur’s outfit.

DCI LAW – Detective Chief Inspector from Scotland Yard. He is an experienced lawman who has been assigned to investigate crimes in Berkshire. He is 60ish and dressed in a suit with a bowtie and derby.

LOCATION:  The Armbruster Mansion, an English country estate in Berkshire near Windsor Castle.

BACKGROUND:  The nation is mourning the death eight days ago of King George V and his burial today in St. George’s Chapel at Windsor Castle. His son, the Prince of Wales, has succeeded him to the throne as King Edward VIII with a coronation planned for early next year. Because the press has circumvented publishing the story, the new king’s ongoing affair with American divorcee Wallis Warfield Simpson is hidden from the general public. The most prominent newspaper to keep the affair clandestine is “The London Daily Truth,” a Royalist-leaning paper owned and published by Sir Hugo Smythe Armbruster.

The Armbruster Mansion is draped in black while proudly displaying the Union Jack as well as photos of the former and new king. And, a celebration that has been planned for months is taking place as scheduled despite the somber mood of the Empire. Sir Hugo turns 70 years old today, and a surprise birthday party is being orchestrated to commemorate this milestone. A cat fancier, Sir Hugo pampers his cluster of felines who freely roam the grounds of his estate. In that regard, he is a huge supporter of The Royal Feline Society.

Guests assemble and await the moment when the honored guest will arrive and everyone emerges to yell, “Surprise.” Who can anticipate what will be revealed as the event unfolds? 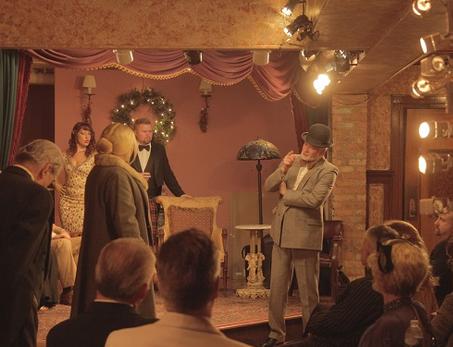 preview the front page of the daily truth
Be an Affiliate
Boot Camps
Team Building
Training Events
Christmas
St. Patrick's Day
How long will it take to perform the mystery?

The opening scene (scene one) on the Armbruster Mansion's staircase takes approximately 22 minutes to perform. The audience is then asked to adjourn to the "lounge" to continue the birthday celebration. The murder of Sir Hugo takes place between scenes one and two while the audience is eating and drinking in the lounge.  Allocate about 20 to 30 minutes for refreshments.

In scene two, DCI Law makes an entrance to announce the death of Sir Hugo. He starts the investigation by questioning the suspects. This takes about 25 to 30 minutes. The audience is then asked to solve the case, facilitated by DCI Law. You can make this last anywhere from 10 to 30 minutes depending upon your individual requirements. The case is solved in scene three. This will take approximately 15 minutes.

So, the mystery is easily a two-hour production - the length of a typical theatrical performance. You can, of course, adjust the timing to meet your individual needs.

​How big of an audience can be accommodated?

A good-sized interactive audience numbers 75 to 100 people. However, if your logistics allow it, your audience can be even larger.

How many times can I use the mystery?

When you purchase the script, you have unlimited use of it for two years. By purchasing the mystery, you agree to give credit to Jack Pachuta and Mysteries on the Net in all of your promotional material.

Here's what you'll get in the kit: