​Our friends who own the farm, Marek and Lenka invited three couples. We prepared invitations, newspapers, role plays in Czech and we sent it to them two weeks ahead. We mixed the couples and assigned them roles according to their brief description – we have never seen them before. Lenka prepared the meal and we prepared everything else. We were two detectives (Lawrence and Judy Law) so we dressed according to the role – we bought toy handcuffs, detective badge, we wore hats and were dressed in black. We also bought best czech cabernet sauvignon and remade the labels to Melee ones. The owners of the farm Marek and Lenka liked this event very much.
​
Jiri Beranko and Zuzana Berankova
Czech Republic 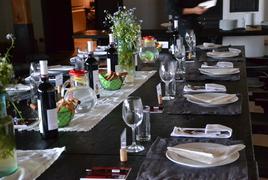 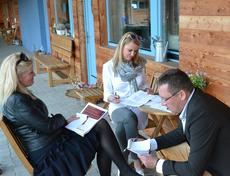 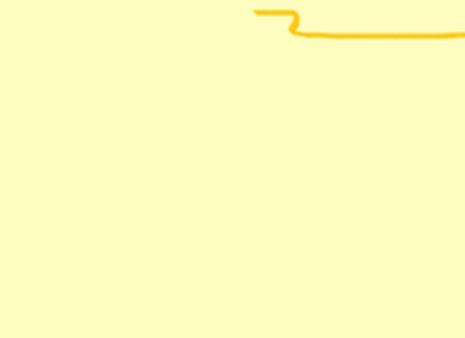 Death is a Cabernet, Ol' Chum 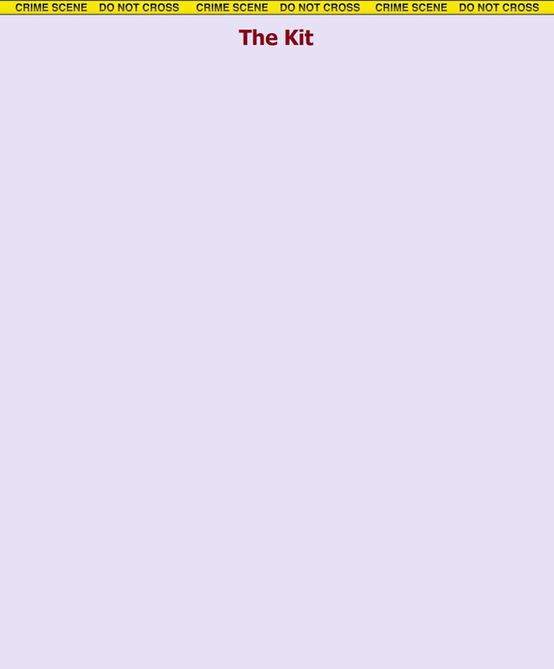 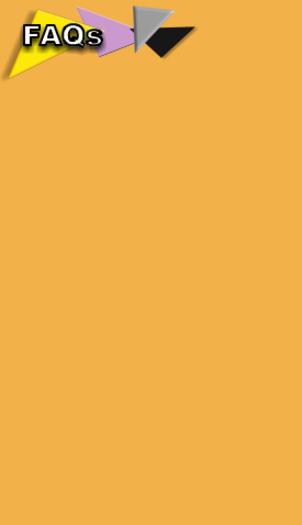 The plot includes eight suspects AND a chief of police to lead the investigation. These individuals are the only ones with assigned roles. Everyone else becomes a sleuth who uses effective investigative techniques to figure out the intricacies of the crime. Since the guilty party doesn't know who did it, everyone can attempt to solve the case.

Perfect for wineries and B&Bs!